WAIT!! What Are You Chewing On?!

We all know the rules; we should not feed our pets table scraps. Human foods such as grapes, raisins, and chocolate are known toxins. Our pets also chew on things that are not necessarily edible and certainly don’t ask our permission first. Plants are a prime example. While most plant ingestion will cause only minor gastrointestinal upset such as vomiting, diarrhea, or a decreased appetite, some plants can prove fatal. Many times these toxins are in our homes simply because we don’t know they are dangerous; highlighted below are two common and potentially deadly plant toxins.

Lily toxicity only causes significant illness in cats and most commonly occurs around holidays when the flowers are used for decoration. Common lilies include Stargazers, Day Lilies, and Easter Lilies, but any variety of lilies should be considered toxic.

All parts of the flower are toxic, with the flowers being the most dangerous. The stem and leaves are often chewed on and pollen is often transferred to the fur and subsequently groomed off. Initial signs of lily toxicity include vomiting, lethargy, and a decreased appetite due to damage and death of a part of the kidneys, known as the proximal tubule. This damage results in a rapid onset of kidney failure and ultimately death. Early treatment often has a good outcome, but any delay in treatment can result in irreversible kidney damage. It is important to have any cat exposed to lilies evaluated by a veterinarian and it is not recommended to keep lilies in or around a home with cats. 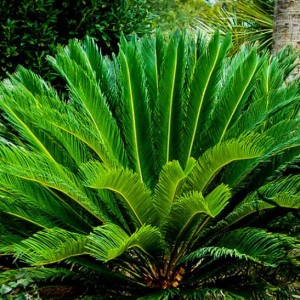 Sago palms are a very common plant in our area used primarily for landscaping but also available in smaller forms for decoration. Sago palms are considered toxic to most animals, but dogs more commonly ingest the plant than cats. Of the different varieties of palm trees, only the cycad palms are toxic.

As with lilies, all parts of the sago are toxic. The seeds contain the highest concentration of toxin and are also the more commonly ingested part of the plant. Initial signs of sago palm toxicity include vomiting and diarrhea due to non-specific gastrointestinal upset. These signs occur within hours of ingestion and generally resolve within 24 hours. The signs often recur in the days following ingestion and are due to significant destruction of the liver. Unfortunately, pets in this stage of illness have a very poor prognosis and the toxicity is very often fatal. Any suspected exposure to sago palm should be investigated. Early decontamination and treatment are often very successful but any delay can prove deadly.

Our pets are our family and to see them sick because of an unknown toxin in our home is heartbreaking. If you have questions about a new plant, cleaning chemical, pesticide, or other items that your pets may be exposed to, please contact your veterinarian. We love to help keep your pets healthy.

BIO
Dr. Anna Ledoux is an emergency doctor at MissionVet Specialty & Emergency. She is a native Texan who graduated from Texas A&M in 2006 with a bachelors in Biomedical Science and in 2011 with a DVM. She has been in emergency medicine since graduation and lives in Austin with her three cats, two Greyhounds, and three-legged Dachshund.

About the Author: Mission Vet

MissionVet is committed to providing a healthy and safe environment for patients, clients, and employees. Learn More Here
Holler Box